The Murrumbidgee River Corridor runs along the western edge of Tuggeranong in Canberra’s southern suburbs. The bush reserves along the river host several picturesque walking tracks. This morning Emmy and I walked the track that runs south from Pine Island Reserve along the banks of the river to Point Hut Crossing. We rested in a small quiet park there before returning to Tuggeranong around a loop that passes through grassy farmland. We covered just under 12 km in three hours. For this post, I’ll let the pictures do the talking.

The bottom end of the loop, at Point Hut Crossing, is not far from the Lanyon Market Place shopping centre on Tharwa Drive. 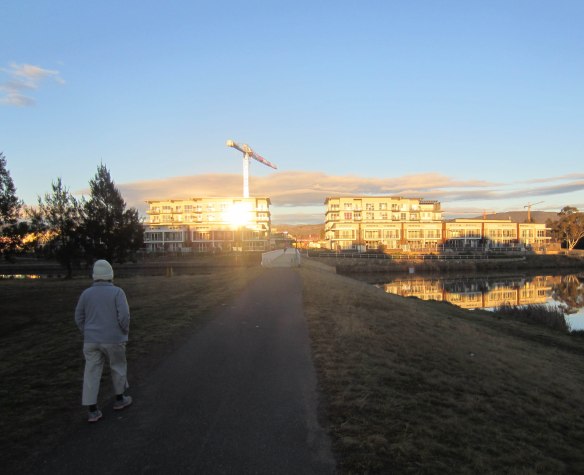 We left home shortly after 7 a.m. and crossed Lake Tuggeranong as the rising sun bounced off the newly completed stage one of the Southquay apartments. 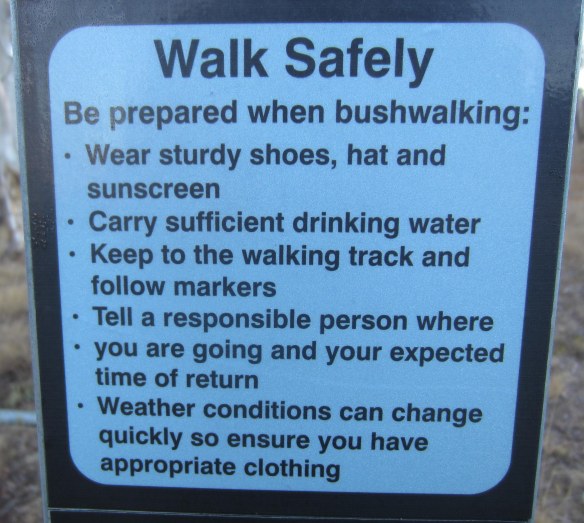 Canberra’s bureaucrats are wagging their fingers in your face as you venture into the mortal danger of suburban bushland.

August 1st, but already beautiful wildflowers are blooming in profusion.

Native fish are under threat in the Murrumbidgee. If you catch one “release the fish unharmed.”

We’re heading back through empty farmland. 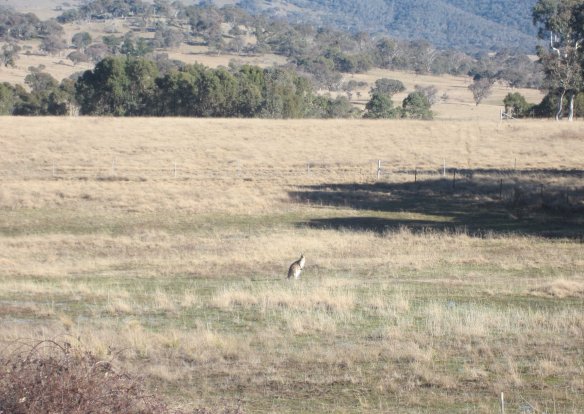 A lone kangaroo raises its head from breakfast. This (believe it or not) is an urban kangaroo… we’re still inside the boundaries of Canberra city!

Picturesque walking as we approach the suburbs of Tuggeranong. 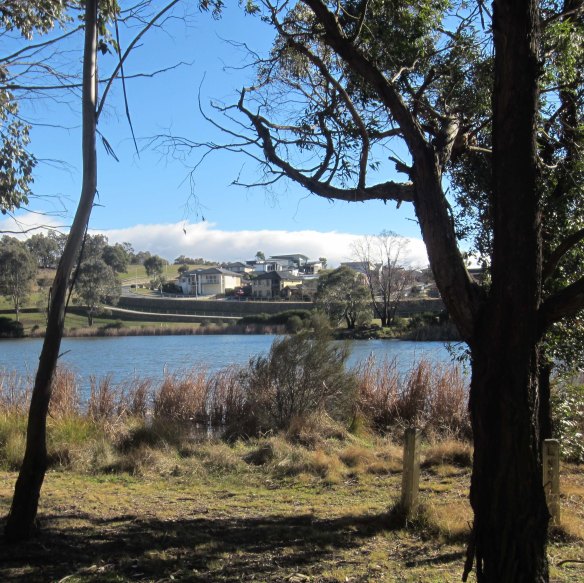 Suburbia laps down to the banks of Stranger Pond… 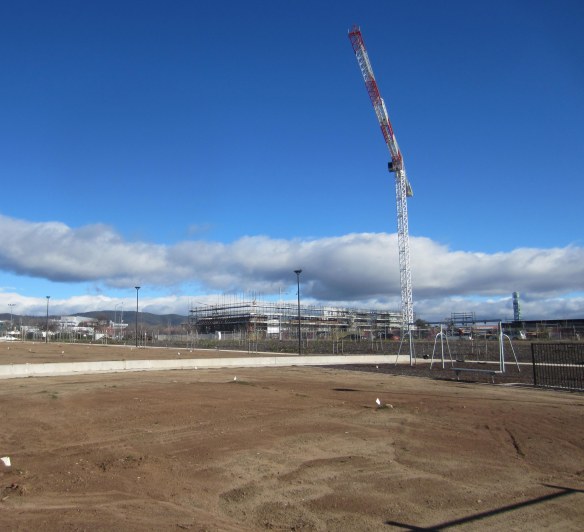 …and back in Tuggeranong we pass through a construction site. Is this the future of the bush tracks we have just enjoyed?

2 thoughts on “Winter Walking in Canberra: A bush track in the south”