If you happen to be in Canberra and you see two elderly people going out for an early morning walk determined to cover twelve kilometres in temperatures around minus five degrees, please, please, please…. stop them! If necessary, call the people in white coats. 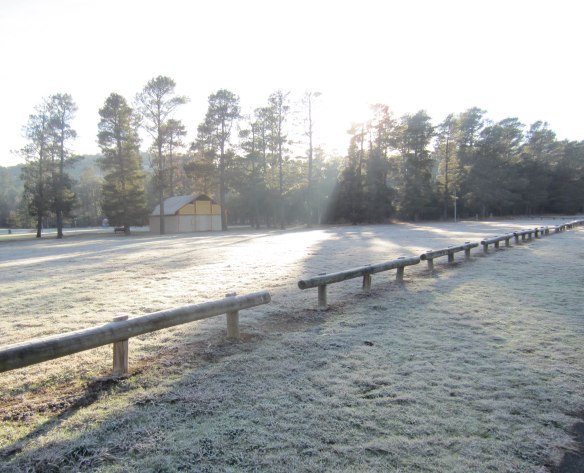 Frosty parkland on the path to Chisholm

Emmy and I left home at half past seven amid a white-out colder than the heart of an immigration minister. The grass of Tuggeranong’s parkland crunched under our feet. Trackside puddles were frozen solid, criss-crossed with stalks of grass trapped in the ice. Lake Tuggeranong lay flat and dead still. A few orange bars of light from the rising sun stretched across the water. They drew wisps of frigid steam from the lake. It was like another planet: cold, still, grey, completely deserted. 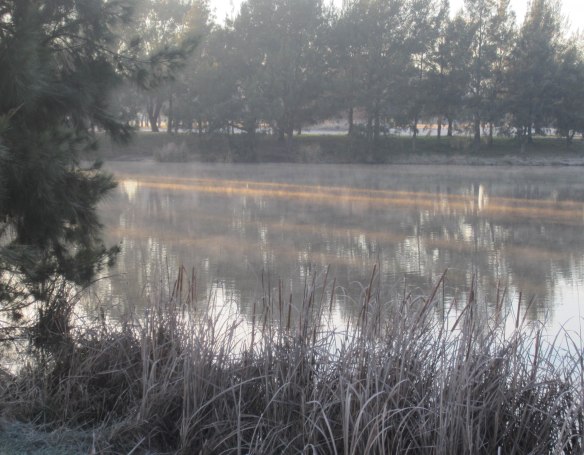 A couple of Lake Tuggeranong’s swans with a white crust of frost on their plumage.

We were heading for Chisholm shopping centre about six kilometres away. Most of the asphalt path ran alongside a floodway – a kind of broad concrete channel designed to carry rain water out of the suburbs and into Lake Tuggeranong when it rains. Good idea, except for one small fact: it hardly ever rains in Canberra, at least not heavily. For most of the year the channel is dry. Kids on skateboards swoop up and down its sloping sides, keeping a wary eye out for Canberra’s guardians of child safety.

The floodway (with water in it… we had good rain a week ago.) 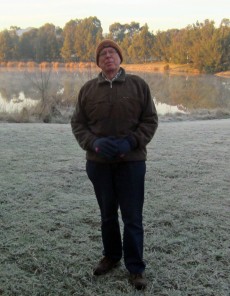 But this morning there were no defiant shouts of fun. We walked like explorers in the remains of an abandoned civilisation, or time-travellers thrown back into a prehistoric era. I was reminded of Alan Weisman’s remarkable book The World Without Us in which he visits places abandoned by human inhabitants and imagines what will become of our planet if (better… when) humankind becomes extinct. If you like our planet, it’s not all bad news. Gaia will endure. Canberra on a winter morning is proof of it.

After an austere cup of tea in a deliciously warm takeaway at Chisholm, with chips, pizzas and burgers steaming in stainless steel pans in the display counter, around 9.00 am we headed home. At the Gowrie playing fields we stopped for a few minutes to watch children playing footy with the intensity that only children have, while quiet groups of parents stood on the sidelines hugging themselves against the cold. Further on, cars were filling the broad parking area of the C3 Church. The faithful jumped from the warmth of their cars and sprinted for the warmth of the church. The warm inner glow and the warm outer glow go together. 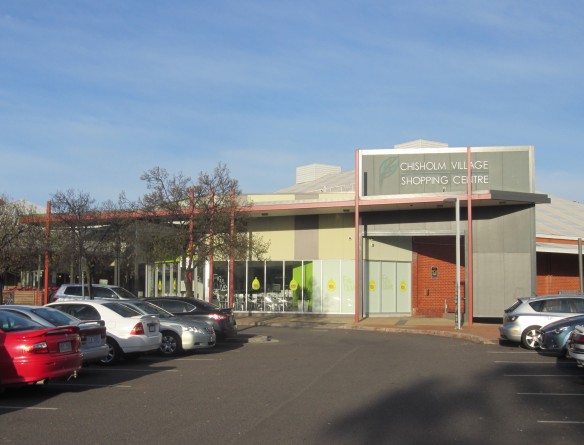 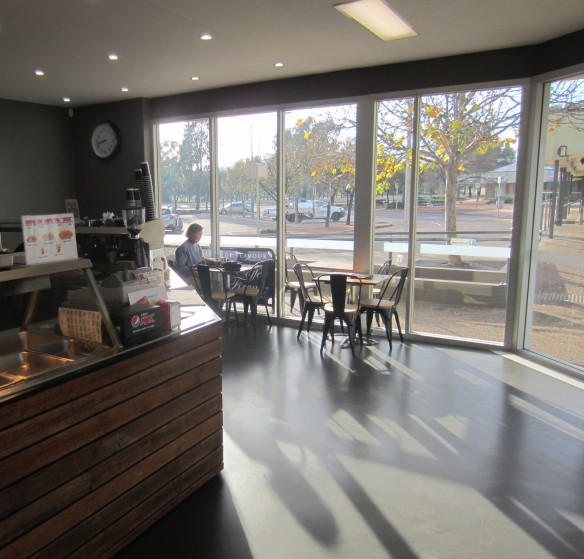 A quiet hot drink in a Chisholm takeaway. Hmmm… smell those chips!

That goes for walkers too. We like our comforts, though we have to get used to deferring them. It was 10.30 when we arrived home and we rushed to the temperature control button on the gas heating system. After three hours and 12.5 kilometres it was a relief to pull off our insulated beanies and insulated gloves. Soon the kettle was boiling and we cupped our hands around hot drinks.